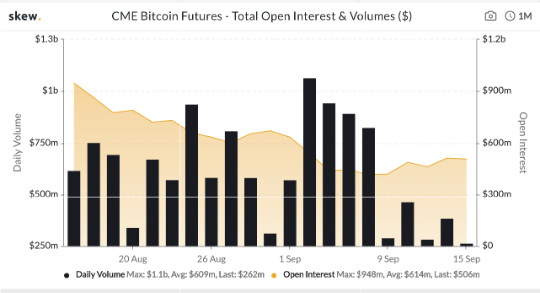 Bakkt broke its own record for bitcoin futures trading as it traded close to the $200 million marks a few days ago. However, Bakkt is still falling behind CME in BTC futures trading volume as we are reading further in the latest bitcoin news.

Bakkt broke its own record as a crypto derivatives company run by the Intercontinental Exchange when 15,955 futures got traded on the platform accounting for $172 million in volume. Bakkt’s previous record was set at 11,706 Bitcoin futures so today’s high is set at 36% improvement. Bitcoin futures are agreements to sell or to purchase Bitcoin at one point in the future for a specific price so given the recent price fluctuations putting money into the futures contracts, becomes a slight gamble.

Bakkt went a few days in time without seeing any BTC options trading but despite the good news, the platform still comes behind the CME as the main competitor which does volume above Bakkt’s record level. Today it did $262 million in volume which is only a small chunk compared to the $1.1 billion.

However, as we reported earlier, A little more than a month after their launch, we could see that the Bakkt BTC options are lackluster and the contracts on the Intercontinental Exchange’s platform appear to be receiving sluggish uptakes. As we previously reported, Bakkt launched the new BTC options contract in early December – a short while after it rolled out the cash-settled Bitcoin (BTC) futures offering in November.

For those of you who don’t know, the Bakkt BTC options are basically derivatives that are designed to provide traders with more flexibility hedge against the price swings of an asset in both directions. Therefore, an options contract gives users the chance to purchase either a right to buy (a call option) or sell (a put option) the given asset at a specified “strike price” which is determined on or before the contract’s expiration date.

Kelly Loeffler, the EX-CEO of Bakkt, recently became one of the most influential people within the crypto space since she was the chief executive of the bitcoin futures trading platform that was launched by ICE- the owner of the New York Stock Exchange. The regulated nature of Bakkt, as well as the institutional approach, raised a lot of hopes that it will serve as a bridge between the larger investors and Bitcoin since its volume is continuously increasing which could indicate that the institutional interest is on the rise.