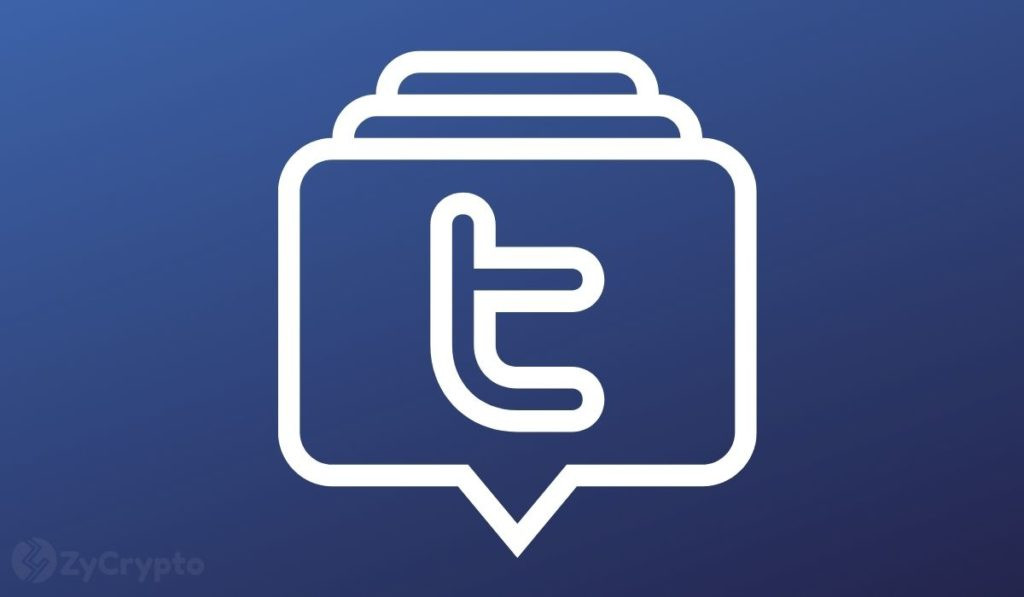 Twitter, the social media giant led by Bitcoin evangelist Jack Dorsey has rolled out the BTC tipping feature for users worldwide. Twitter users will be able to link third-party tipping services to their profiles, including Lightning Network addresses and Bitcoin addresses.

Twitter announced the new bitcoin-based payment features on a call with reporters on September 23. The company indicated that the flagship cryptocurrency “operates without global barriers”, adding that the new crypto project will allow it to be a part of the decentralized movement.

The bitcoin tipping will be available for all Apple iOS users starting today and will be extended to Android users very soon, Twitter said. According to the company, the initiative is a move to help Twitter users with many followers to monetize their content on the platform.

“We want everyone on Twitter to have access to pathways to get paid. Digital currencies that encourage more people to participate in the economy and help people send each other money across borders and with as little friction as possible — help us get there.”

Users will have various options to use the Twitter Bitcoin Tip Jar service. The first option will allow them to receive bitcoin by linking third-party apps, including GoFundMe, Venmo, Chipper, Patreon, Bandcamp, Square’s Cash App, among others, depending on their location. The other option is through Jack Maller’s Strike App, which is built on top of Bitcoin’s Lightning Network. Moreover, users will also be able to add BTC addresses directly to their Twitter bios or individual tweets.

Interestingly, Twitter will not take a cut of the Bitcoin tipping proceeds as it will not be involved in the flow of funds.

Perhaps it’s worth mentioning that Twitter CEO Jack Dorsey had in June hinted that Lightning payments integration was “a matter of time”. The LN is a layer 2 technology that is aimed at slashing transaction costs and improving speed.

Dorsey is a well-known Bitcoin believer, constantly postulating since at least 2018 that the number one cryptocurrency is primed to be the internet’s “native currency”.

Twitter is also looking to blockchain-based tools beyond the monetization of content. The company today revealed plans to delve into NFTs for authentication. “It’s a way to support creators making this art with a stamp to demonstrate authenticity. By allowing people to connect their bitcoin wallets, they can track and showcase their NFT ownership on Twitter,” Crawford explained.

The use of non-fungible tokens as Twitter avatars has increased dramatically in recent months. Twitter’s new NFT verification feature is, however, in its early stages right now. Crawford added that the NFTs may also include badges that make it “somehow visually clear that this is an authenticated avatar and then give you some interesting info and insight about the provenance of that NFT”.

Twitter also announced other non-crypto features such as rolling out a creator fund for users who host Spaces in a bid to encourage more live audio events on the site, and real-time filters to moderate conversations.

Bitcoin’s recovery from the setback earlier this week gained momentum today after Twitter’s announcement. The cryptocurrency has posted 2.63 percentage points in the last 24 hours with a market cap of $842 billion. At press time, BTC is changing hands at $44,749.03.