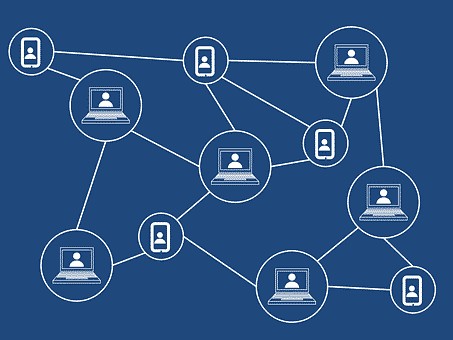 As financial technologies have evolved at an increasingly rapid pace over the past decade, we have seen a shift in how and when companies deploy new products. In the past they refined and refined until they were confident they either had the finished result or something quite close.

Times sure have changed in the last few years. As the fintech industry accelerates development, companies are increasingly releasing minimum viable products and iterating on the fly for fear of falling behind competitors.

This is certainly the case in blockchain technology, where legions of companies arose to capitalize on the new industry’s popularity, especially when Bitcoin was at its peak. The result for consumers was a myriad of products with very narrow niches, that addressed a particular issue with a particular aspect of the cryptosphere.

BlockSafe Technologies is a throwback company, CEO George Waller said. Instead of developing a wallet or cold storage solution, for example, they have a vision to safeguard the entire cryptocurrency ecosystem.

BlockSafe Technologies is in the middle of its security token offering. Tokens are available for 50 cents each and, if purchased within the first $5 million of activity, will be accompanied by equity shares in the company. Token holders will receive their share of 10 percent of BlockSafe revenue for as long as they own the tokens

“The first thing is to define what is BlockSafe and what we are doing,” Mr. Waller began. “We’re a cybersecurity developer dedicated to the blockchain ecosystem, the blockchain and cryptocurrency spaces.”

BlockSafe can take a more holistic approach because its key executives have the experience of successfully working together in cybersecurity for many years, Mr. Waller said. President Mark Kay and CTO Ram Pemmaraju joined with Mr. Waller at StrikeForce Technologies, producers of consumer and enterprise cybersecurity solutions. Its ProtectID includes such potential authentication methods ranging from desktop tokens for popular operating systems to mobile tokens for iOS, Android and Blackberry to out-of-band phone and push solutions. That, in combination with a unique keystroke encryption technology, positions BlockSafe uniquely within the industry.

“Malware always finds its way onto your computer and there is very little anyone can do today to prevent it,” Mr. Waller said. “Prior to about eight years ago you couldn’t name one data breach. Now there’s a long list.”

Malware and spyware are key factors in 95 percent of data breaches, Mr. Waller estimated. Most of the time hackers use keyloggers to lift login credentials.

For years the industry’s response was anti-virus software, which stopped being effective years ago, Mr. Waller said. By the time most systems identify a virus and a proper response has been formulated, hackers have exacted plenty of damage.

They can also create new viruses faster than the good guys can stop them. Mr. Waller estimates a new piece of malware is released every four seconds.

“While I applaud the anti-virus companies, it’s reactionary,” Mr. Waller said. “If anything is on their bad list, they stop it. If not they let you open it.”

BlockSafe takes a different approach, Mr. Waller said. Instead of essentially poking fingers in the dike, they assume the malware gets in and instead focus their energies on preventing it from inflicting damage. They do this by embedding their technology deep in the code taking typing from your keyboard to the outside world. When your finger hits a key, it unleashes a series of code including as many as five handoffs before it hits your browser.

What hackers commonly do is wedge malware in the midst of this code. Once present the malware can copy all of your keystrokes, including account login information and other private data. StrikeForce’s ProtectID nullifies such threats, and that technology is present in BlockSafe’s product suite.

That suite begins with CryptoDefender, which secures wallets and comes in both desktop and mobile versions. ExchangeDefender combines CryptoDefender and ProtectID to protect a cryptocurrency exchange’s internal systems and devices from external threats. A third offering, still in development, is BlockchainDefender, which serves as a gateway between an application and private blockchains.

“We looked at the blockchain vertical, and the breaches there are similar to those hitting corporate America,” Mr. Waller said. “Hackers breach employees through phishing and hacking before dropping keyloggers in and grabbing credentials.”

If hackers target your personal cryptocurrency wallet, they can copy your public key and paste theirs in its place so your cryptocurrency gets rerouted to their accounts. Countries like North Korea have stolen billions this way, Mr. Waller estimates.

“The encryption is on all of the time. It protects you when you are banking, shopping, emailing, or applying for credit.”

Blockchain is coming and coming fast, but so are the misconceptions, including that everything about blockchain is secure. Yes the blockchain itself is strong, but the path leading up to it has its vulnerabilities.

Position BlockchainDefender before your blockchain and you can protect its integrity by adding access rules and limitations restricting people’s actions on the blockchain. When used in combination with other components of BlockSafe’s technology it provides strong protection, Mr. Waller added.

BitBounce helps you control your inbox while earning crypto