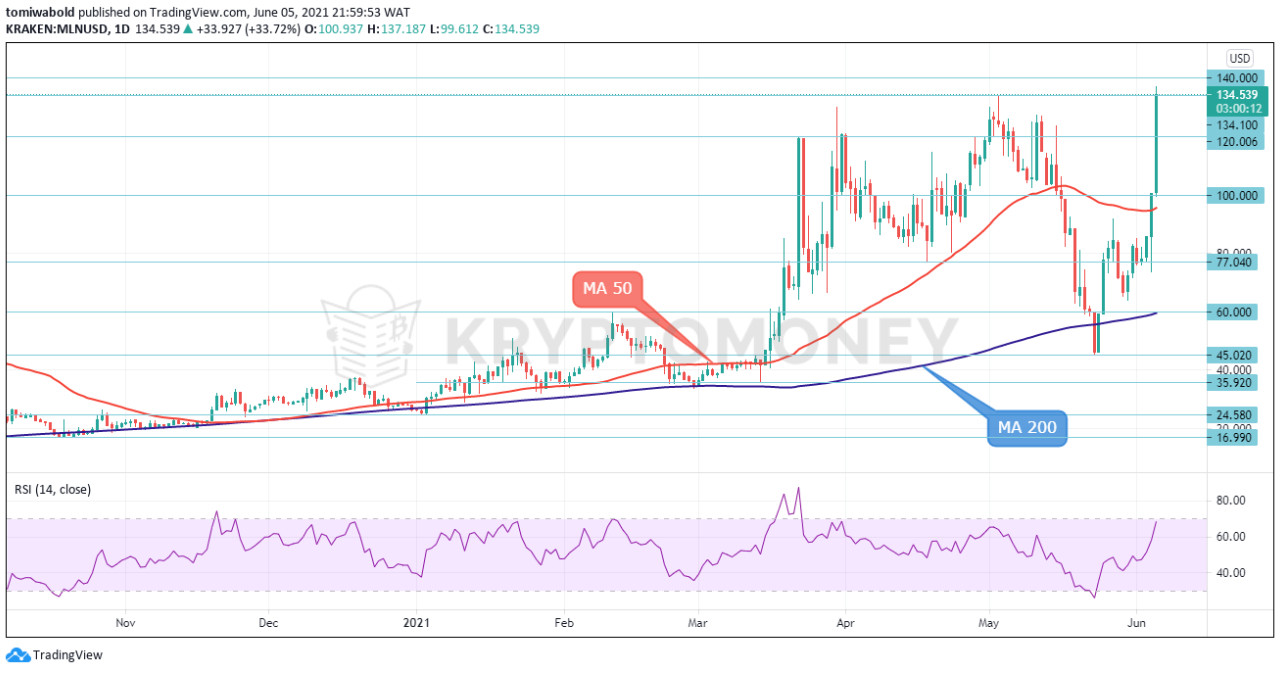 The cryptomarket is recording its second day of losses. Bitcoin traded to lows of $35,300 while nearly all crypto assets in the top 100 traded in red except for Solana, Theta, Theta fuel, Waves which managed to slightly suppress the bearish wave. The market declines persisted after the U.S. dollar index attained a three-week high of 90.627 on June 4.

CumRocket (CUMMIES) surged in value by nearly 380 percent on Saturday following Elon Musk’s cryptic tweet. The June 4 tweet simply said, “Canada, USA, Mexico.” A Twitter user, Mr. Whale implied that the Tesla CEO may have been referring to CumRocket in the tweet. The Tesla and SpaceX CEO responded to the Twitter user, saying “Great thread” with the laughing face emoji.

Launched in April 2021, CumRocketCrypto is a blockchain-based project aiming to revolutionize the adult content industry. CumRocket Crypto has created a blockchain-based NSFW (not-safe-for-work) platform where users can chat, text, sext, and exchange content while tipping and rewarding content creators with CUMMIES tokens.

Enzyme (formerly Melon), is an on-Chain Asset Management that empowers its users to build, scale and monetize investment strategies. Enzyme kickstarted a fresh rally on June 2nd, following the news of Polygon (MATIC) accessibility for trading on the Enzyme finance platform on June 1. Enzyme finance also welcomed its latest user Unslashed finance on the said date.

In the ongoing lawsuit with SEC, Ripple has filed another motion on Friday, requesting the agency to produce two sets of documents it had asked for before. Earlier in the year, Ripple had asked SEC to disclose its cryptocurrency stance while requesting documents relating to SEC communications with third parties regarding Bitcoin, XRP, or Ethereum.

Ripple is also seeking to compel SEC to reveal why it concluded that Bitcoin and Ethereum are commodities, not securities like XRP. In early April and May inclusive, US Magistrate Judge Sarah Netburn had ordered the SEC to provide the documents, but the agency has yet to comply, citing relevance. As of press time, XRP was trading at $0.95.