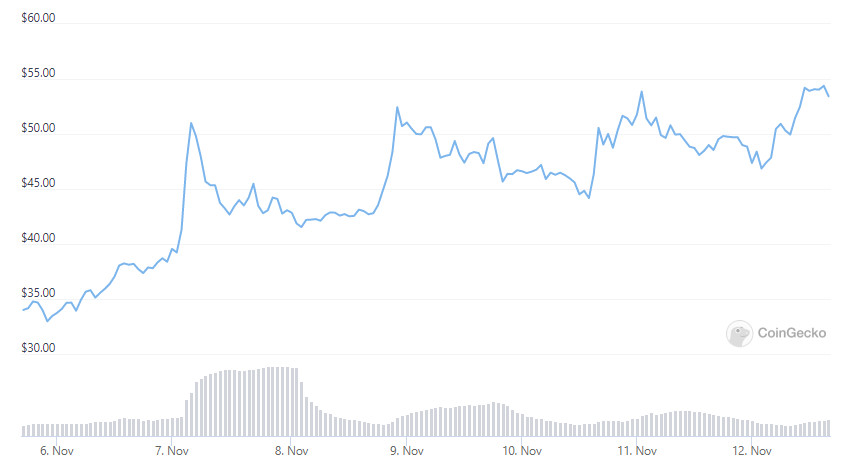 Helium price is up 11.81% today, making it the third biggest gainer on Crypto.com, following Bluzelle and Decentraland. At the time of writing, Helium is trading at $54, which was an ATH that Helium hit 3 times in the past week.

Let’s take a look at what might be causing HNT’s recent price hike, and whether the market can break through the current resistance and set a new all time high.

Why Is Helium Price Rising?

We reported about HNT last week, when Dish announced their partnership with Helium Network.

In response to the announcement, HTN’s price peaked at $50, setting a new all time high.

Since then, there have been multiple bull runs, each failing to break through the $50 resistance level.

Looking at this HNT price chart for the past week, we can see higher peaks, and higher troughs, creating the uptrend.

However, depending on who you ask, some might call this a “multiple tops” reversal pattern.

According to Investopedia, here are a few takeaways from a multiple tops signal:

Whether HNT will continue its bullish run, or see a reversal soon, is impossible to tell simply via technical analysis. Bitcoin and Ethereum’s price are a big influence on every cryptocurrency, including Helium.

The long term projection on Helium is positive, simply for the fact that HNT has a working product and a functioning ecosystem. As Binance CEO said it best: “If you can’t hodl, you won’t be rich.”

This is not trading or investment advice. Always do your own research before purchasing any cryptocurrency.

The post Helium Price Up 11%, Is HNT Ready for a Breakout? appeared first on The Merkle News.

Taproot Activation Is Upon Us 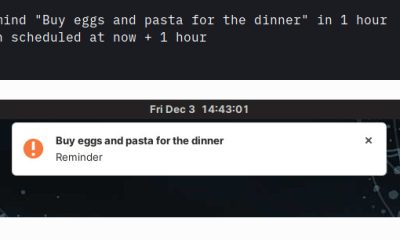