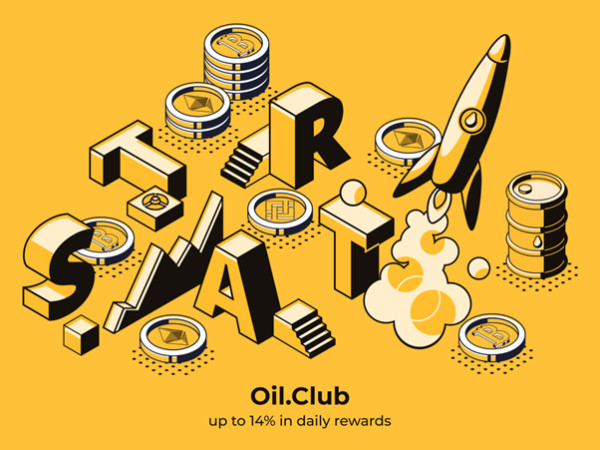 What is the Oil Club smart contract?

Oil club is a smart contract miner that follows the rules of the oil and gas industries. Club members earn up to 14% in daily rewards and participate in constantly evolving strategies to maximize profits depending on the current market state.

Is asset tokenization a future of the energy industry?

The concept of oil industry tokenization was first presented by Ziyen Energy in form of a Security Token Offering of the ZiyenCoin.

Ziyen Energy acquired three oil and gas leases in the US and recently bought working interests in 40 oil and gas wells in Parker and Wise Counties.

Smart contracts opened up a new world of opportunities to revolutionize how investments and assets are issued, managed, and transacted. Asset tokenization is at its dawn, with Ziyen Energy being the tip of the spear in this change to the industry.

Is it too late to invest in the Oil Club?

Although the Oil Club smart contract will not give you oil barrels or real oil wells or lands to own, it can certainly bring you sustainable returns, providing stable returns starting from 8% daily and going up to 14% if you follow their investment guidelines. Considering there are no limitations to taking profits or re-invest, compounding will become a big factor in determining the number of your returns. But is it too late?

The algorithm behind the smart contract regulates the price of the club’s “tokenized asset” called OIL, in such a way that if too many members sell their OIL rather than leasing more WELLS and stocking OIL, their returns diminish by temporarily lowering their rate and the OIL price, allowing new investors to enter at a favorable price and count their profits from there.

The abovementioned algorithm creates a sustainable financial model to allow new members to enter at any stage and start earning.

The smart contract is following the industry rules, in terms of the demand and supply curve, respectively if most of the members follow similar strategies of compounding, both individuals and the contract will benefit. The individuals benefit not only from the compounding effect but also from the added 2% to the rate for one week of re-investing. This feature is limited to 14% rate, which will be achieved within 3 weeks of re-investing. It’s impossible to calculate the exact return, given the factors of how often will the member compound and the state of the smart contract, but it is in thousands of percent annual if utilized correctly.

All the club members will benefit if the strategies are met, given that the algorithm will increase the OIL price, therefore maximizing the returns for all the OIL holders upon sale.

Members have quite a few investment patterns, but it’s probably a safe bet to stay somewhere in the middle, not to compound too much nor to take profits too often and take profits weekly or bi-weekly to profit from the extra 2% daily for a while.

However, it’s a personal choice, find your strategy and stick to it.

The smart contract is open and immutable, therefore it cannot be altered in any way, and is constantly being audited by individuals and audit companies, and is proven to be tamper-proof. Investors with strong mathematical skills are trying to predict the OIL price and define their best investment strategy by analyzing the algorithm of the smart contract.

The club has a 5% referral program, allowing anybody to become a member without investing, rather than inviting a friend or using their media presence to basically become an ambassador of the club. The reward will not only be from the invitees deposit but from their compounds as well, which might be a very profitable program for people with a good audience, or with shilling skills.

We definitely recommend keeping tabs open on the Oil Club, chat with their Telegram Community, hearing other people’s investment experiences, deciding your investment strategy, and joining the era of tokenization