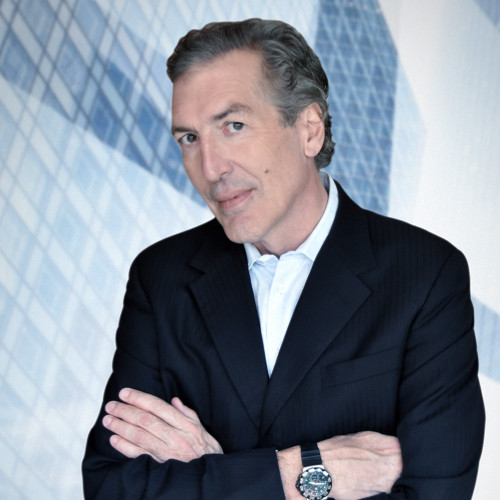 When James Duplessie and his team decided to create a fund providing mentoring and financial capital to early stage blockchain companies, they wanted to pick a name indicative of the impact they believe blockchain technology could have on society. They chose Pangea Blockchain Fund, because Pangea means “to unite the earth”.

“Our focus is to further integrate the old world and new world communities through the use of blockchain technology,” James began.

I asked him to describe how Pangea Blockchain Fund chooses blockchain companies and he took me through the process of how they have so far worked with the first company they have chosen to support. StrongBlock empowers enterprises to look to the blockchain to solve business problems. Its founders led the successful EOSIO build as Block.one executives.

“They are a group with previous success building platforms,” James said.

A good start, but the problems StrongBlock solves and why they chose them are also telling. They deliver practical solutions to issues plaguing businesses today. Businesses have identified them and StrongBlock uses blockchain technology to clearly address them. Such cases make sense to investors more than dazzling technology which purportedly cures problems people don’t even know they have.

“A lot of people think blockchain means cryptocurrency, but for us it doesn’t,” James said. “As a fund the technologies we are interested in are the ones providing great efficiencies, that is why we’re building the investment system we are.”

And Pangea Blockchain Fund begins with a solid foundation, cofounder William Duplessie added. James is a hedge fund manager and value investor with more than three decades of experience with alternative assets across many countries and capital structures. William has worked with blockchain for seven years and cofounded education platform and trading exchange coinconnect.com. He also helped design and deploy one of the first security tokens, Science Blockchain. Legendary cryptocurrency figure Roger Ver sits on Pangea’s advisory board.

Providing realistic solutions will be one factor separating the blockchain unicorns from the also-rans, James believes. And because it’s early in the game, those quick to master it will gain a strategic competitive advantage over their competitors.

It is now easier to get a clear look at the market, William explained. Back in 2014, many people didn’t truly understand the workings of Bitcoin and Ethereum, so many bad projects went further than they had any right to. After many failed, and the ICO craze subsided, the market shed the most flawed projects, leaving mostly serious players, a much better environment for Pangea to operate in.

Just as Pangea focuses on partnering with companies that can gain first mover advantage in key industries, they themselves are doing the same thing in the funding arena, William said. As a hedge fund, they are unique in the space. Their closest comparable, Pantera Capital, is a hedge fund betting too heavy on cryptocurrencies, Pangea believes.

Another Pangea strength is its choice to base itself Switzerland, James said. He has decades-old relationships with several Swiss banks. That region of Europe is well-known for its embrace of cryptocurrency and the blockchain, continuing its long openness to new ways of conducting finance. The first alternative hedge fund set up there in the mid-1990s, for example.

“Much of the country’s business is based on international banking, and there is a great awareness that blockchain can change the world,” James said. “We think it’s an environment where we can create some great things.

Switzerland had to re-evaluate things in the wake of the financial crisis, almost needing to seek a new identity, William said. That openness to alternative financial concepts has helped them, and many believe blockchain technologies will be a central component of their next chapter. The country fosters trust in the markets, who believe government and regulators will always do what is best. That lays a strong foundation for a technology relying on immutability and the ability to create trust relationships where different entities do not have to know each other.

“We basically have a perfect storm here,” William said.

Technology is obviously impacting every aspect of our lives but it is facing a trust problem given the growing number of data hacks and revelations that many companies are profiting off secretly using the data we generate. Effective use of blockchain technology can help restore that trust, as people can share what information they share with which parties via networks of public and private blockchains. The populace is increasingly aware of this, as are financial types, as evidenced by institutions becoming more involved funding new companies where before it was more connected individuals risking their own money.

Those betting on the right horses will be rewarded by getting in early on technology which will transform the world as we know it, as governments and industry can use blockchains to create value, reduce costs and enable new ways of conducting global affairs.

“These systems will move rapidly across the world and change every existing system we have,” James said. “Blockchain is at the center of everything we need to move forward on the next decade.”

Blockchain technology also enables the tokenization of any imaginable asset, from office towers to crypto kitties to gold and minerals. The asset can be split into how every many slices one desires, making previously unaccessible assets potentially available at a price that will attract more people.

Ownership of those assets can be set up in such a way that title can easily be transferred between peers, and that is equally revolutionary, William said.

“When it comes to brass tacks, intermediaries make money by facilitating transactions. A lot of money gets sucked from consumers.

“That situation won’t be here in five years.”

Cryptocurrencies threaten to disrupt money as we know it, but money hasn’t always been as we know it either, William said. Whether it be shells, rocks, playing cards or paper, its nature evolves.

“Individuals go with the system and process that protects them the best.”

PewDiePie to give $50K via blockchain app that deplatformed Alex Jones