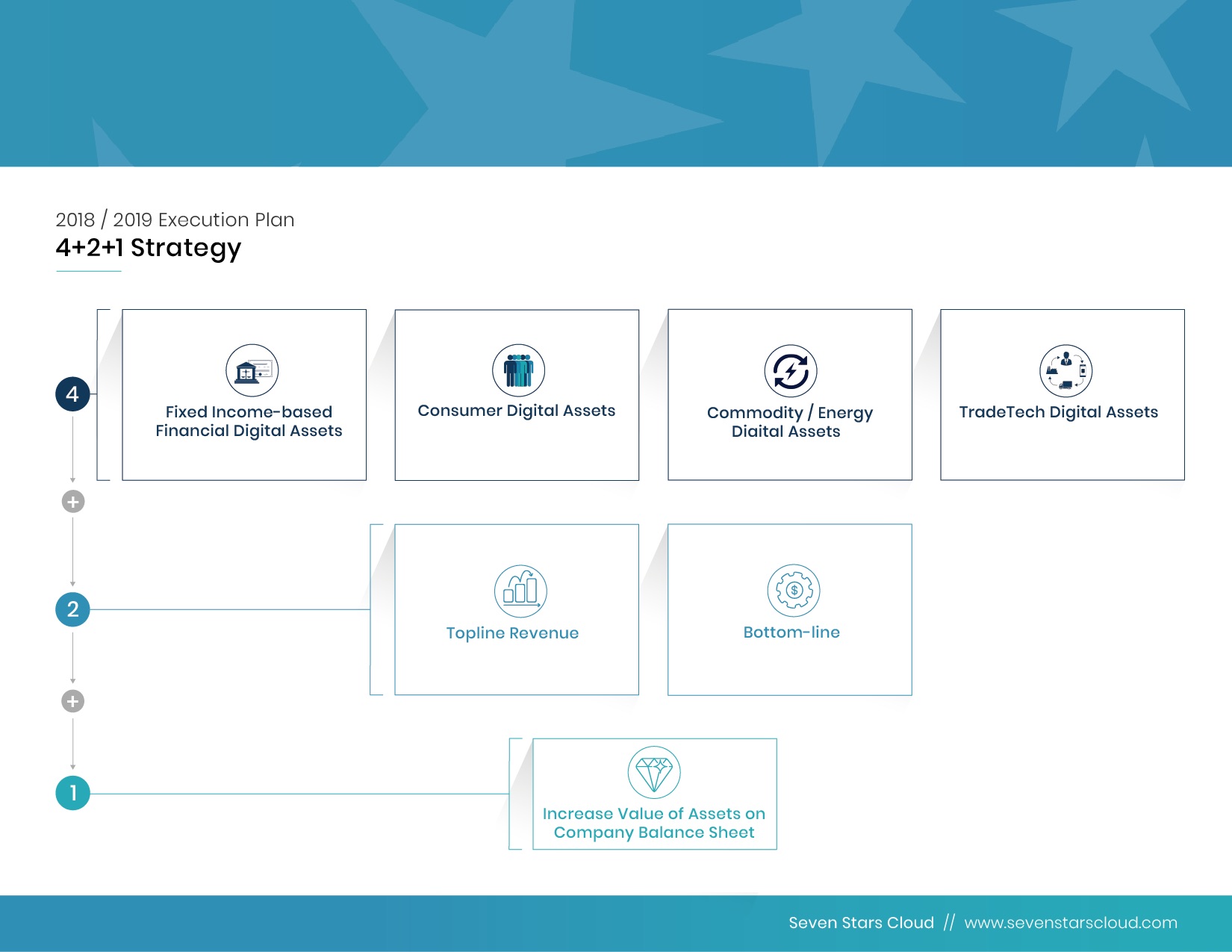 Count Seven Stars Cloud as one of the most ambitious companies working in blockchain and artificial intelligence, thanks to a strong management team, deep network on both sides of the Pacific, and a healthy capitalization level.

“We are on the path of identifying the best technology providers and finding ways to work together.”

Seven Stars Cloud aims to be a central player as the world transitions from a legacy financial economy to a digital one, Mr. Arroyo said. A key part of that, but far from the only one, is the enablement of digitization that can improve the liquidity of what had been some fairly rigid asset classes such as real estate and REITs.

And Mr. Wu is an active leader, Mr. Arroyo said, as he works within a diverse network of contacts both inside and outside of China, employing a hub and spoke philosophy of helping to incubate some companies and spinning off others. Some focus areas are healthcare, green energy, content distribution, vertical industries, sports and entertainment.

Seven Stars Cloud employs a “4+2+1” strategy focusing on four specific sectors. Financial Digital Assets are blockchain-based smart contracts that can be treated as real-world financial assets. They can represent structured financial instruments such as equity and derivatives and hard assets from real estate to gold to energy products. By tapping into its global network of companies the aim is to tokenize existing financial securities and create entirely new ones serving as superior assets due to the infusion of AI and big data in the form of dynamic ontology and asset fractionalization.

Consumer Digital Assets allow people to use new methods of maintaining stores of value and acquiring rights to goods and services. Seven Stars Cloud is developing a network of blockchain and AI-enabled services that will deepen consumer activities and brands through social media influencers, celebrities, video distribution, online gaming and loyalty management. Enhanced customer retention and penetration along with better cross-selling are some of the benefits.

Commodity/Energy Digital Assets can unlock significant value by digitizing everything from oil and gas to coal and renewables in both raw and primary forms. Given their global appeal, their digitization has a strong value appeal in pricing, settlement and financial instruments.

“There’s more work needed to commercialize (some of the above) but we’re actively working on it,” Mr. Arroyo said.

The “2” of Seven Stars Cloud’s strategy is to increase both top line revenue and bottom line EBITDA, while “1” is to increase assets on their balance sheets such as intellectual property, cash, equity and holdings.

Seven Stars Cloud recently took a big step in realizing its long-term vision by agreeing to create Fintech Village, a campus of technology on the former site of the University of Connecticut’s West Hartford campus. The $283 million dollar project could bring 50 companies to the area as soon as everything is finalized.

“The deal is close but it’s not done yet,” Mr. Arroyo said. “On the 58 acres in West Hartford, we plan to create an accelerator, incubator and provide blockchain education and programming.”

“This is very much a long-term foothold play,” Mr. Arroyo said.

Ethereum Above This Key Level for First Time in 6 Months: Is a Surge Coming?