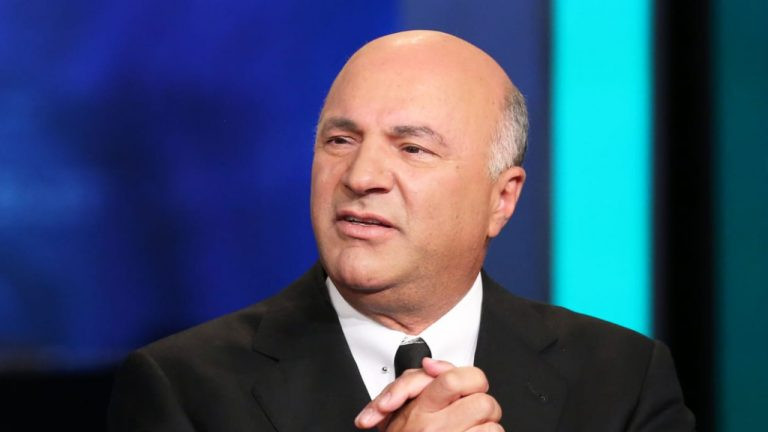 Shark Tank star Kevin O’Leary, aka Mr. Wonderful, has begun investing in bitcoin. Having previously called the cryptocurrency “garbage,” he has now changed his mind and believes that cryptocurrencies are here to stay. He is also getting used to the volatility of bitcoin and believes that institutional investors are willing to hold through price fluctuations.

Canadian investor and television personality Kevin O’Leary has changed his mind about bitcoin. He previously called the cryptocurrency “garbage” and a “giant nothing burger,” but now he has invested in bitcoin and thinks that it is no longer a fad.

“I actually think that digital currencies are here to stay,” he said in an interview with CNBC last week. “Most people that are willing to hold them, including institutions over the last 90 days, are willing to deal with the volatility.” O’Leary elaborated:

I am fascinated. I’m investing. I’m holding a 3% weighting in it between ethereum and bitcoin. The volatility sickens me but I’m getting used to it.

“And, finally, I’m starting to think about how do I invest in the infrastructure of mining bitcoin,” Mr. Wonderful added.

Commenting on bitcoin’s volatility, O’Leary shared: “Given the volatility of cryptocurrencies, the main decision you have to make after you decide to participate in the first place is what % of your portfolio do you allocate. For me, 5% is the maximum.”

Morgan Creek Digital partner Anthony Pompliano, who had been trying to convince O’Leary to invest in BTC for years, responded to the Shark Tank star’s 5% allocation statement. “You forbid me to have 50% and you called it all ‘garbage,’ but now you think 5% is acceptable. Eventually, you will be 50% yourself.”

O’Leary replied, “Correct, I change when facts change.” He emphasized:

Canadian, Swiss and many other regulators have done a 180% on BTC. This is a game changer for many investors including me.

O’Leary had always been worried about regulators coming down hard on bitcoin. In December, he warned that “Grown men are going to weep when that happens. You will never see a loss of capital like that ever in your life. It will be brutal.” Nonetheless, he said that if a bitcoin ETF is approved, he would be willing to put 5% of his portfolio in it. Recently, Canada’s securities regulator approved two bitcoin ETFs.

Do you think Kevin O’Leary will keep putting more money in bitcoin? Let us know in the comments section below.

Correction is XRM is not over yet