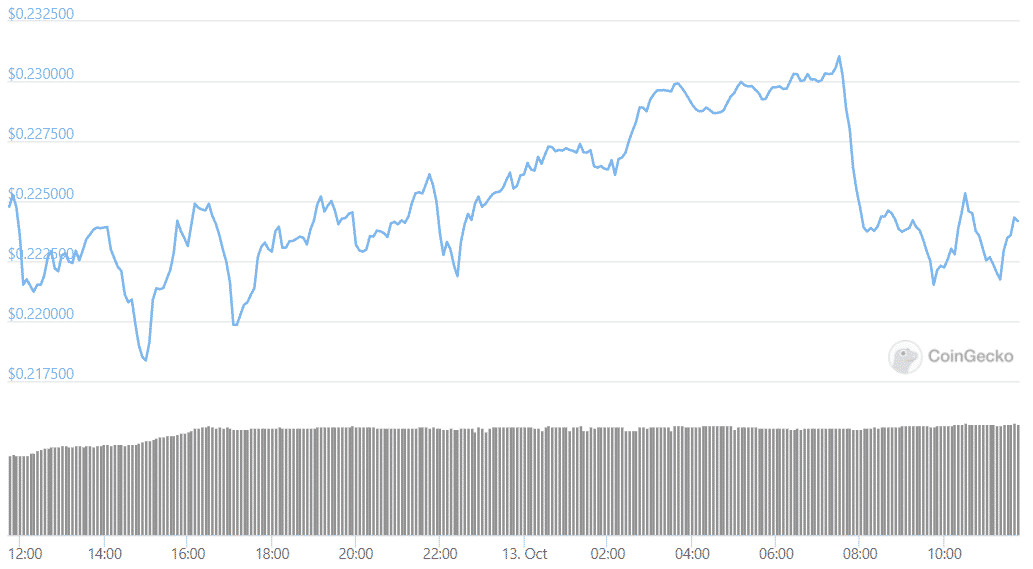 Solana and DOGE hit weekly lows as the Bitcoin price slows down and other altcoins took a bigger hit so let’s read more in our latest altcoin news today.

Over the past week, BTC appeared to have started a new bull run and the market’s leading cryptocurrency closed in on the $60K price point as it took a hit back in April. Today things are slowing down since Bitcoin is down 3.2% over the past day and was trading at $55,937 according to CoinGecko. Bitcoin was doing well so far as analysts say because of the imminent Bitcoin futures ETF approval. The SEC dragged its heels with the approval of a Bitcoin ET but now the industry experts said that one tracks futures contracts that could be approved next week.

The industry wanted an ETF for years as it will allow the traditional investors to buy shares that track the price of BTC rather than having to hold the asset themselves. Bitcoin’s correction today led to bigger altcoins taking a hit as well and some got hit worse than others. Solana and DOGE Were hit the worst. DOGE is the 10th crypto by market cap which was doing well last week but Elon Musk’s favorite coin crashed by 4% in the pasty day and 7.6% in the past week, now trading at $0.22. Ethereum competitor Solana had a rough day as well over the past week as it is down by 9% to a low of $141. It did recover but it is now trading for $150.

The cryptocurrency was on a tear this year as it increased 270% in the past two months thanks to the growing interest in decentralized finance apps that provide an alternative to borrowing and lending services that can be built on Solana. NFTs represent anything from art to music clips and they are a huge craze in the crypto network which can be minted and traded via the network and gain in popularity as of late. This time last year, Solana was trading at $2.58 which marked a 5,791% increase to date.

Shiba Inu on the other hand surged 385% in a week and the coin that was launched as the “Dogecoin Killer” is now the 12th biggest crypto by market cap which is now shedding 8% of its value over the past day. Just like DOGE, people are jumping on Shiba Inu because its price started pumping online and there’s one quadrillion in circulation. It seems that investors are trying to replicate the gains made through this meteoric rise of DOGE and other meme coins but it is not clear what caused the sudden crash in prices. Dan Morehead, the CEO of Pantera Capital said that after a period of insanity, the market is healthy again.