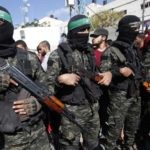 Based on a recent report, Hamas, a Palestinian militant group has now been declared a terrorist organization by the Western Government. Due to this declaration, the group is not able to make use of any of the resources provide by the native financial system, as it is now red flaged. Therefore, the group’s military department is in the process of launching a campaign to raise funds in Bitcoin.

The terrorist group which controls the Palestinian coastal territory of Gaza has been able to survive over time due to donations from foreign governments like Qatar.

The Most Awaited Crypto Developments in 2020

How to enable 144Hz (or higher) on your expensive gaming monitor