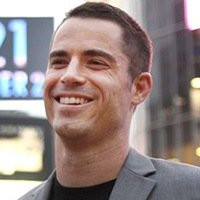 The case was related to events that happened in November 2018 during the so-called “hash rate wars” between Bitcoin SV and Bitcoin Cash. The federal court in Florida dismissed the antitrust lawsuit filed against the well-known crypto executives who were accused of market manipulation during the split of the Bitcoin Cash network in 2018. Other defendants in the case included Kraken CEO Jesse Powell, ex-CEO at Bitmain Technologies Jihan Wu as well as Bitcoin Cash developers Jason Cox and Shammah Chancellor.

Filed by the United American Corp in December 2018 and amended in March 2020, the lawsuit implied that the defendants colluded and manipulated the market to favor bitcoin cash as some participants on the network engaged in creating a clone called bitcoin SV. During the Bitcoin SV hard fork, which is an event where a network splits in two separate chains, the defendants hijacked the Bitcoin Cash network and violated all “accepted standards and protocols associated with Bitcoin since its inception.”

However, Judge Chris McAliley of the Southern District of Florida dismissed the case and for the ruling to be considered by the court, the complaint had to have state facts that suggest conspiracy, not conclusions. Two of the UAC’s counts in the complaint were direct allegations that lacked in substance as the Judge mentioned. In technical terms, the lawsuit claimed that Ver, Bitman Technologies, and Wu took 90,000 Bitcoin mining machines that run on the BTC original network while switching them over to mine Bitcoin Cash. The lawsuit claimed that it increased the hashing power of Vet’s Bitcoin.com mining pool by over 4000% and centralized the BCH network:

Kraken was accused of refusing to list BSV on the platform after releasing a public statement that said that BSV doesn’t meet Kraken’s listing requirements which means it is unlikely to be supported. Bitcoin Cash emerged in 2017 as a hard fork of the original BTC blockchain after a few developers responded to calls to increase the block size from 1MB to 8MB.

XRP Is Valued More Today Than Before SEC’s Lawsuit: Analysis